Billionaires and politicians gathering in Switzerland this week will come under pressure to tackle rising inequality after a study found that – on current trends – by next year, 1% of the world’s population will own more wealth than the other 99%.
Ahead of this week’s annual meeting of the World Economic Forum in the ski resort of Davos, the anti-poverty charity Oxfam said it would use its high-profile role at the gathering to demand urgent action to narrow the gap between rich and poor.
The charity’s research, published on Monday, shows that the share of the world’s wealth owned by the best-off 1% has increased from 44% in 2009 to 48% in 2014, while the least well-off 80% currently own just 5.5%.
Oxfam added that on current trends the richest 1% would own more than 50% of the world’s wealth by 2016.
Winnie Byanyima, executive director of Oxfam International and one of the six co-chairs at this year’s WEF, said the increased concentration of wealth seen since the deep recession of 2008-09 was dangerous and needed to be reversed.
In an interview with the Guardian, Byanyima said: “We want to bring a message from the people in the poorest countries in the world to the forum of the most powerful business and political leaders.

“The message is that rising inequality is dangerous. It’s bad for growth and it’s bad for governance. We see a concentration of wealth capturing power and leaving ordinary people voiceless and their interests uncared for.”
Oxfam made headlines at Davos last year with a study showing that the 85 richest people on the planet have the same wealth as the poorest 50% (3.5 billion people). The charity said this year that the comparison was now even more stark, with just 80 people owning the same amount of wealth as more than 3.5 billion people, down from 388 in 2010.
Byanyima said: “Do we really want to live in a world where the 1% own more than the rest of us combined? The scale of global inequality is quite simply staggering and despite the issues shooting up the global agenda, the gap between the richest and the rest is widening fast.”
Separate research by the Equality Trust, which campaigns to reduce inequality in the UK, found that the richest 100 families in Britain in 2008 had seen their combined wealth increase by at least £15bn, a period during which average income increased by £1,233. Britain’s current richest 100 had the same wealth as 30% of UK households, it added.
Inequality has moved up the political agenda over the past half-decade amid concerns that the economic recovery since the global downturn of 2008-09 has been accompanied by a squeeze on living standards and an increase in the value of assets owned by the rich, such as property and shares.
Pope Francis and the IMF managing director Christine Lagarde have been among those warning that rising inequality will damage the world economy if left unchecked, while the theme of Thomas Piketty’s best-selling book Capital was the drift back towards late 19th century levels of wealth concentration.
Barack Obama’s penultimate State of the Union address on Tuesday is also expected to be dominated by the issue of income inequality.
He will propose a redistributive tax plan to extract more than $300bn (£200bn) in extra taxes from the 1% of rich earners in order to fund benefits specifically targeted at working families.
However, the odds of the White House having any success persuading Congress to adopt the plan, given the Republicans’ new grip on both chambers, are extremely long. But Obama’s embrace of what he calls “middle-class economics” – as opposed to the trickle-down economics of the Republicans – is likely to ensure that inequality remains a pivotal theme of the 2016 presidential campaign.
Oxfam said the wealth of the richest 80 doubled in cash terms between 2009 and 2014, and that there was an increasing tendency for wealth to be inherited and to be used as a lobbying tool by the rich to further their own interests. It noted that more than a third of the 1,645 billionaires listed by Forbes inherited some or all of their riches, while 20% have interests in the financial and insurance sectors, a group which saw their cash wealth increase by 11% in the 12 months to March 2014.
These sectors spent $550m lobbying policymakers in Washington and Brussels during 2013. During the 2012 US election cycle alone, the financial sector provided $571m in campaign contributions.
Byanyima said: “I was surprised to be invited to be a co-chair at Davos because we are a critical voice. We go there to challenge these powerful elites. It is an act of courage to invite me.”
Oxfam said it was calling on governments to adopt a seven point plan:
• Clamp down on tax dodging by corporations and rich individuals.
• Invest in universal, free public services such as health and education.
• Share the tax burden fairly, shifting taxation from labour and consumption towards capital and wealth.
• Introduce minimum wages and move towards a living wage for all workers.
• Introduce equal pay legislation and promote economic policies to give women a fair deal.
• Ensure adequate safety-nets for the poorest, including a minimum-income guarantee.
• Agree a global goal to tackle inequality.
Speaking to the Guardian, Byanyima added: “Extreme inequality is not just an accident or a natural rule of economics. It is the result of policies and with different policies it can be reduced. I am optimistic that there will be change.
“A few years ago the idea that extreme poverty was harmful was on the fringes of the economic and political debate. But having made the case we are now seeing an emerging consensus among business leaders, economic leaders, political leaders and even faith leaders.”

Does money make you mean?


From grumpy old misers to the wolves of Wall Street, Hollywood has always had plenty to say about the corrupting influence of wealth. But how accurate are the silver screen stereotypes - does money make you mean?

In the past, public perception has tended towards the notion that the very poor are more likely to break the rules because they are under financial pressure and face more difficult circumstances. But Piff's work suggests the opposite - that having more money makes you care about others less and feel entitled to put your own interests first.
He's here to illustrate one of his more provocative experiments - who is more likely to stop for pedestrians, the rich or the poor?
Drivers are legally obliged to stop if someone wishes to cross. And, as a Lexus blithely slips through in front of him, Piff explains what his researchers found. "None of the drivers of the least expensive cars broke the law, while close to 50% of our most expensive car drivers broke the law," he says.

This Is Why You Overshop in Ikea 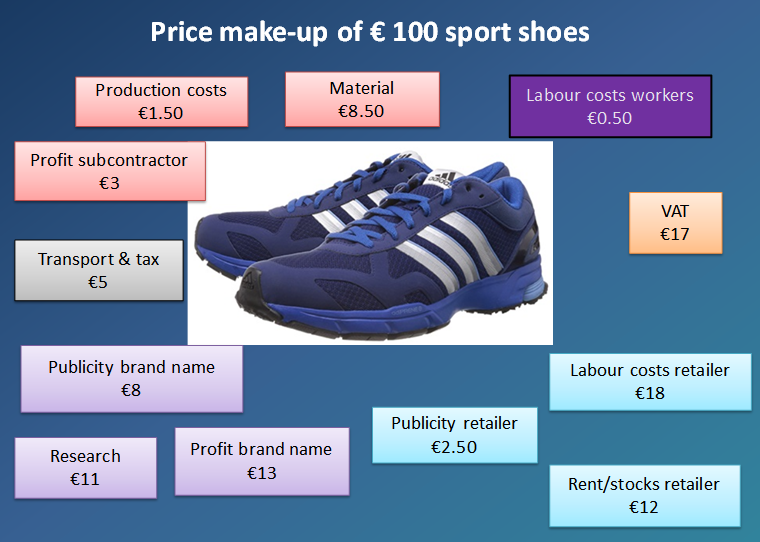 A mind map on jobs for discussion 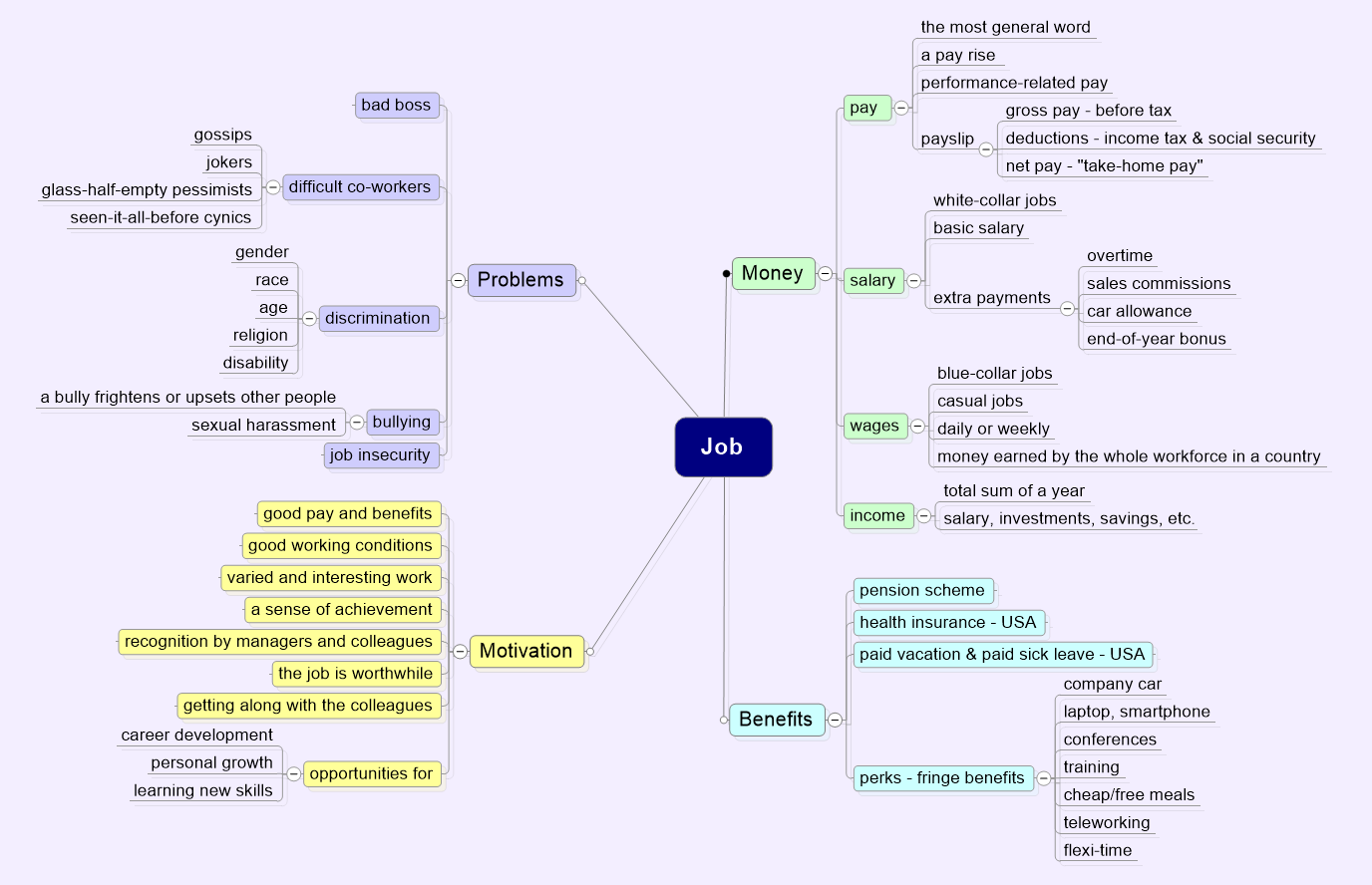